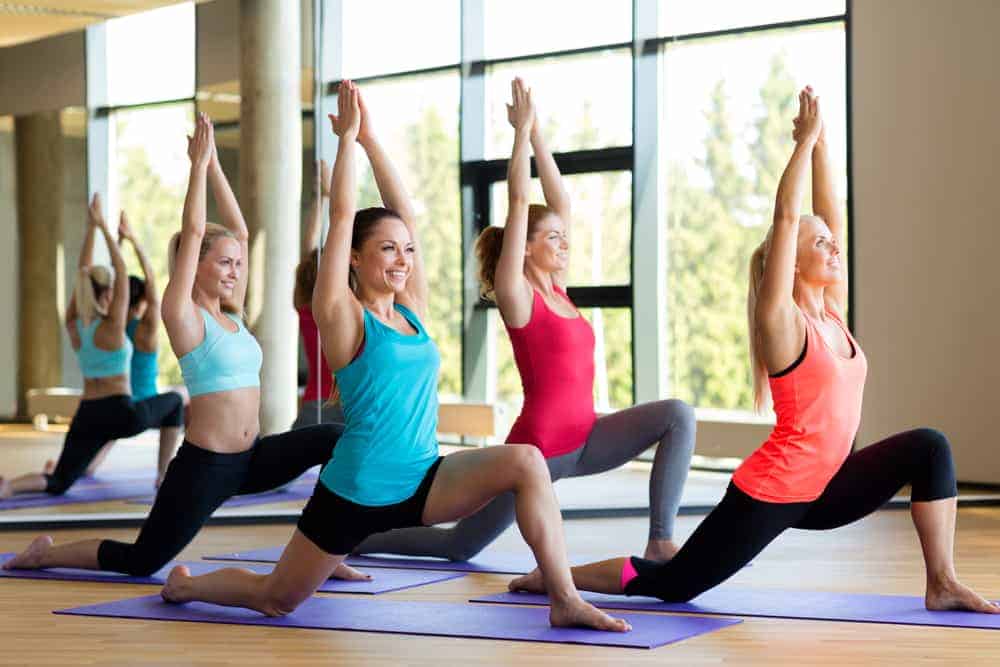 It is an undeniable fact that when we are told, “yoga is good for you,” we can’t help but agree. Yoga relaxes the mind and spirit, encourages physical fitness and thriving habits surpassing limits, and also acts as a practice serving to only benefit and promote genuine wellness within the human body. While yoga is not a one-size-fits-all cure for life’s traumatic experiences or illnesses, it is scientifically proven to aid in the cure of serious health conditions, demonstrated through a series of case studies and research throughout the years.

Those with depression and anxiety are always in a constant mental fight with the outside world, as well the thoughts and feelings raging inside of themselves. The lack of dopamine developing doesn’t help either! Each person who is diagnosed all share one thing in common: a trigger. This is due to a traumatic circumstance, stress, or a genetic trait passed down in the family.

With yoga, one creates a space on the yoga mat, which in turns leads to the participant creating a safe place to focus on themselves without distraction of any trigger or environment. Those with depression or anxiety can find solace in the peaceful space yoga manifests.

According to the Harvard Mental Health Letter, the act of yoga meditation calms the sympathetic nervous system, which alleviates the constant “fight or flight” response and in turn, stimulates a more tranquil and present state of being. By habitually developing this space, one can add more to their strategies of overcoming of mental conditions.

Like depression and anxiety, insomnia is also caused by a series of environmental and mental conditions. However, in addition to those things, medical circumstances that also affect insomnia are neurological factors, chronic pain, gastrointestinal and endocrine problems. Insomnia effects also translate into normal waking hours, which cause a person to function poorly in the daytime, and thus the cycle repeats.

Harvard Medical School oversaw a series of tests with individuals who suffered insomnia, tracking their progress by having them perform everyday yoga practice and continuously write diary entries about their comparisons in sleep duration and patterns with and without yoga. The results concluded that most participants found their breathing and heart rates increasing at lower rates and their stress levels diminished, thus leading to a better night of sleep.

More likely than not, an adult will develop back problems later on in their lifetime. This is due to remaining sedentary for long periods of time, obesity, a physically demanding job, and/or age. Microscopic tears in the muscles and ligaments stretch and develop with more exposure to straining environments.

Evidently, over the years, yoga has had a significant impact on individuals who suffer pain in their back by providing a physically therapeutic alternative to medication and acting as an additional form of physical therapy. While yoga is not an absolute cure for back pain, it immediately relives discomfort and joints over continuous periods with the gentle movements of poses that direct energy from both the breath and careful alignments of the body.

By definition, inflammation is caused by the body’s natural but over-exaggerated reaction to detoxify itself from harmful irritants and stimuli. Reducing pain is the most significant effect from chronic inflammation medicine and the intake of vitamins and specific foods with anti-inflammatory properties, such as fruit and salmon.

Yoga treats chronic inflammation through rejuvenating poses that positively change internal body temperature and increase levels of leptin and adiponectin, two natural chemicals that assist in soothing and protecting the body. Along with that, yoga also stimulates circulation and respiratory function.

Hypertension, or abnormally high blood pressure, is mostly attributed to dietary and stressful lifestyle factors, and kidney and heart diseases. This is caused due to blood vessel narrowing within the body. It is predicted that 1.56 billion people will have hypertension by 2025.

Certain yoga poses, such as Corpse pose, cause blood pressure to drop as stated by evidence in medical journal The Lancet. Furthermore, a sequence of very gentle yoga poses slows heart rate and completely relaxes muscles. By reducing stress-triggers, both the mind and body can reduce not only abnormally high blood pressure, but psychological stress.

Last on the list is heart disease: one of the world’s deadliest, but unfortunately also one of the most common diseases to date. Heart disease is the condition where blood vessels narrow or block the flow of blood, which leads to a higher risk of heart attack and stroke.

The American Heart Association recently announced studies that bolster claims of yoga boosting heart health and overall improving quality of life. Cardiovascular health immediately benefits from yoga from one session, says M. Mala Cunningham, Ph.D., counseling psychologist and president of Positive Health Solutions. It is the long-term practice of yoga that ultimately plays the role of improving health. The more dedicated the individual to yoga and putting their soul and energy into daily practice, the more one can find themselves dramatically reconstructing their health and noticing how much better they feel.

In conclusion, since yoga’s inception, whether you are a yoga guru or get assistance with lazy yoga it has been known to treat both mental and physical conditions all over the world. Fast forwarding to present day, underneath the research and experiments from qualified scientists and curious participants, yoga has found its way into assisting medication and chronic diseases as a validated and legitimate resource. While initially being known as a spiritual or mindful practice, yoga continuously proves its health benefits and impact with millions of individuals. One doesn’t need to have a health condition to reap what yoga has to offer. Actually, they can further improve their current state of life in this very moment! Regardless, if one has practiced yoga once, or every morning of their life, the effects are genuine for all: yoga does the mind, body, and heart only good.

Rachel is a freelance content writer. She has written for a variety of different industries including business, healthcare, technology, travel, education, fashion and lifestyle. In her free time, Rachel enjoys practicing yoga and running along the beach in San Diego, California. 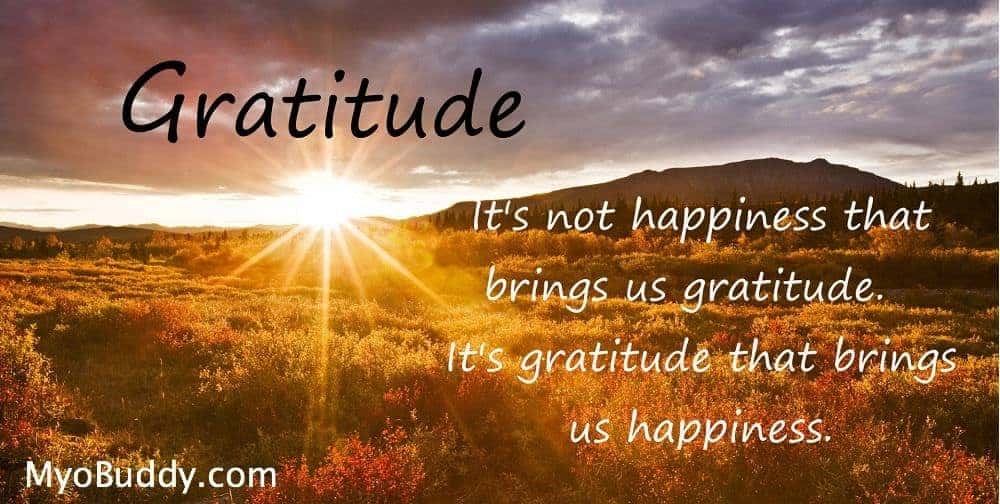 How thankfulness improves your health.

All of us at MyoBuddy Products wish you a healthy and happy Thanksgiving! This week, we're sharing a week of... read more 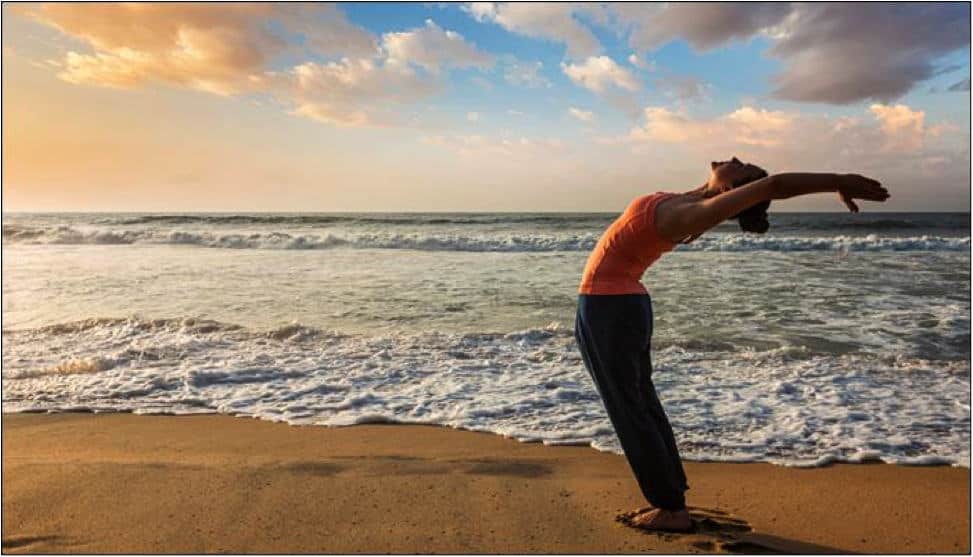 Get supercharged by adopting yoga in your life.

Live Well Guest Blog Post By Alma Causey In the digital age, there is very little time left for the relaxation of... read more 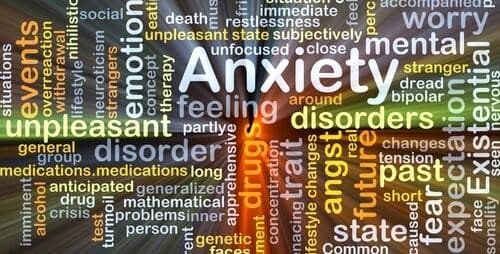 Live Well Guest Blog Post by Sarah Biel Not many people are aware that being a couch potato can alter the... read more

Are you tired of getting your mom the same type of ordinary gift every year? We get it! Check out... read more 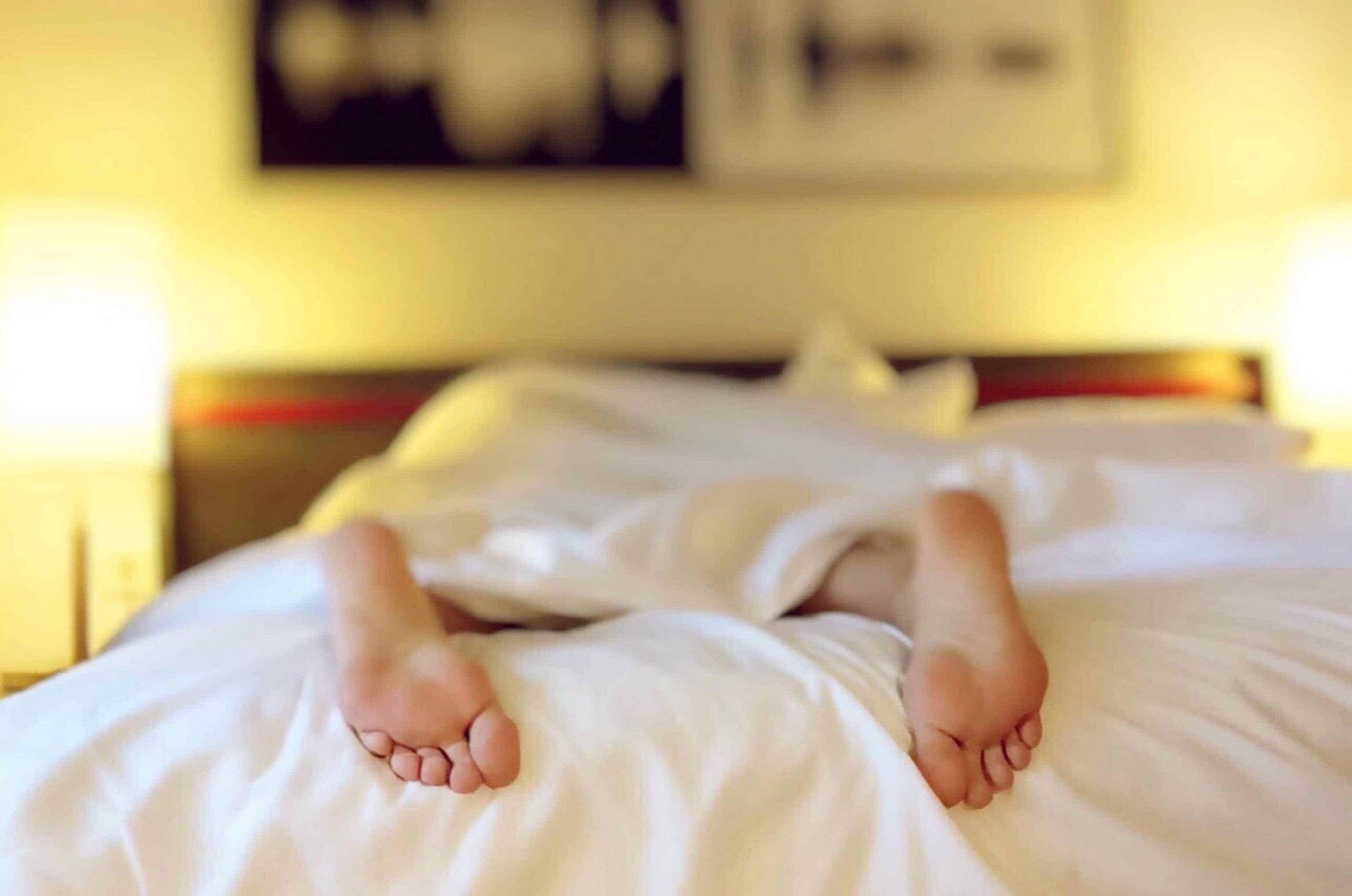 5 Healthy Habits to Start the Day

Morning is an ideal time to set your day on a course of health. By incorporating a few simple habits... read more

Benefits of Bikram Hot Yoga and What You Need

Guest article on Bikram yoga (aka hot yoga) written by Yoga and Fitness Instructor Emily Brathen. Done in a room with a... read more 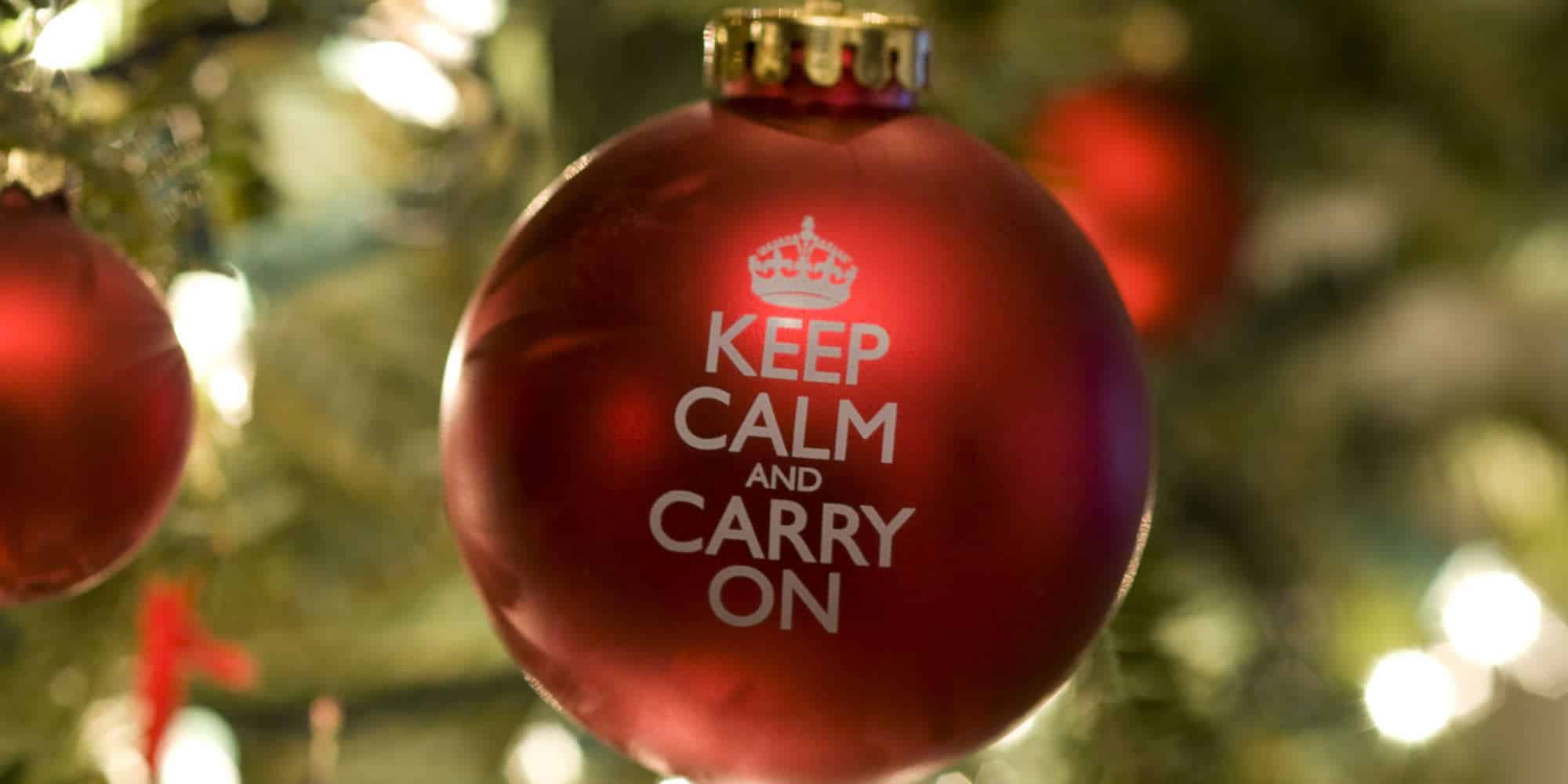 For many people, the holiday season is a happy and joyous time, enriched by reuniting with family and friends, giving... read more

Five Essential Oils You Must Add to Your Morning Shower

For many people, the morning shower is the most anticipated part of the day. It gives you fifteen minutes of... read more

Everyone knows that getting enough sleep feels great – but far too few realize how essential sleep is to overall... read more 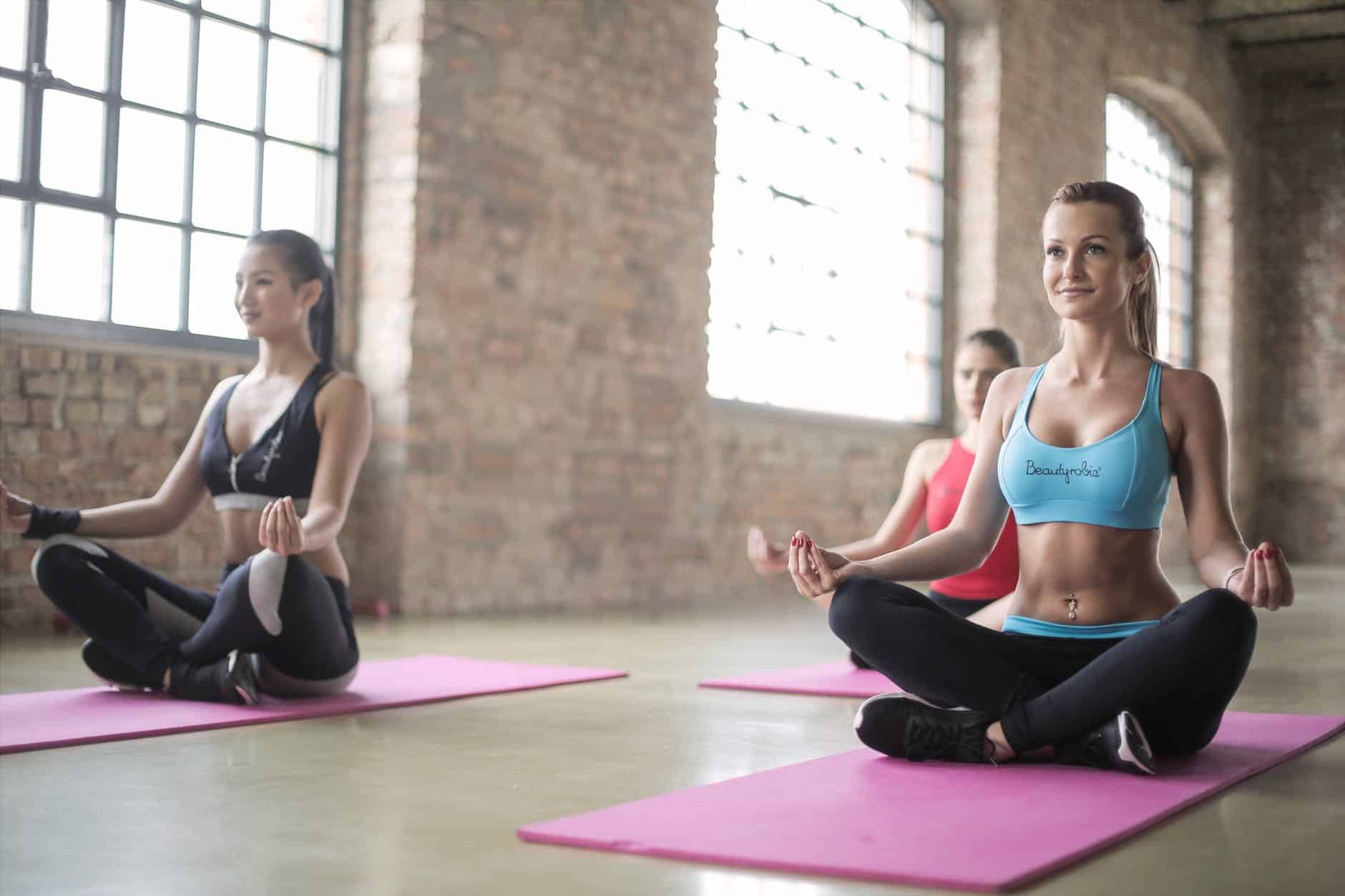 Our Favorite Apps For Learning Meditation and Sticking with It

With the pace of modern life, we could all use a few more moments of daily zen. If you haven’t... read more